Nashville, TN (September 25, 2020) The month of October is going to be exciting!  Les Butler interviewed music icon, Don Reid (of the Statler Brothers), and from this, we have created a 7-part series to be aired on his hit Facebook Live show, "Facebook Live with Les."

These exclusive interviews with Don Reid will be spread throughout the month of October.  You'll hear stories from the road, stories behind the writing and recording of the songs and much more!  And, after each interview, Les will be playing the songs discussed in the interview from the original vinyl!  This is an interview series you won't want to miss! 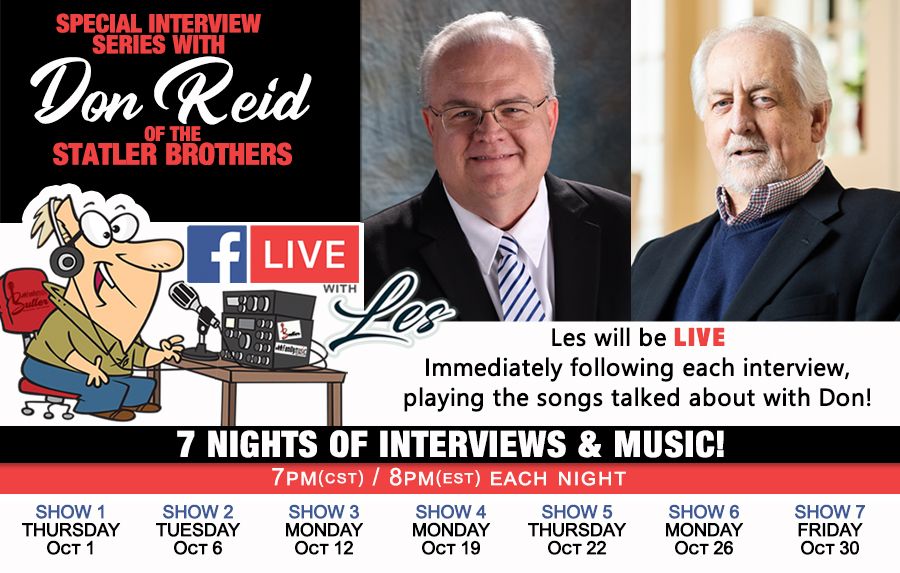